Given that many people spend as much or more time at work as anywhere else, and the fact that women have entered the workforce in mass in the last 30 years, well it is only natural that humans will do what humans do. And that is where the trouble can begin when one of them has supervisory authority over the other. Why does it matter? Well if you think that what happens between consenting adults is no one else’s business and that it is not your concern as an employer, then you could be making an expensive mistake. 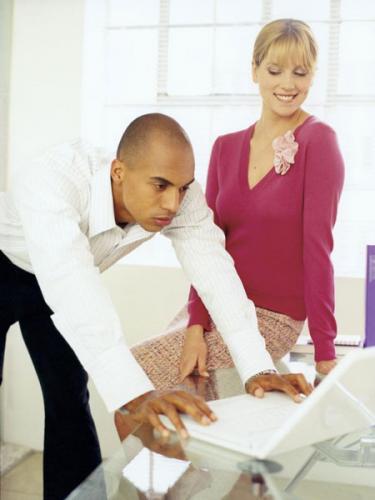 It Lasts or It Doesn’t, Either Way May Be A Problem

Romantic relationships always have one of two outcomes; they either end or they continue. In the case of a manager-worker relationship they can create legal risks even if the relationship happily continues. Let’ assume that the manager-worker relationship is a happy one and that they are very much in love. This can create a problem with the co-workers of the subordinate or even other non-affected workers who believe that they may have been denied advancement opportunities due to the sexual relationship of the manager-worker. A co-worker who claims favoritism could claim to a court that “It was obvious to me and other staff members that they only way to get ahead at the company was to sleep with the boss, and I won’t do that so I am suing”. As the employer, try disproving that it in a court of law. Furthermore, other applicants for the subordinates position may claim that they were denied the position since the manager had sexual intentions with the subordinate.

And now the more likely scenario; the relationship ends. And many end badly. If the boss dumps the worker, the employer now has both a disgruntled worker and a jilted lover. It is easy to see how the temptation to seek revenge on the part of the jilted party could easily develop in to a fabricated story for the courts about how the relationship was forced against their will and they agreed to the relationship only to keep their job. As the employer, try proving that is was wholly consensual and had no bearing on the worker’s employment status. good luck. If on the other hand the manager is the one being dumped, then almost any adverse reaction by he manager could be claimed to be some sort of retribution by the manager against the worker. Even it the relationship ends in a polite and mature manner, that provides no assurance that in the future the jilted party does not later become disgruntled with the company and decide that the “harassment” later impacted their career with the company. 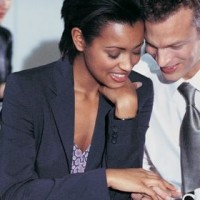 We have described just some of the ways a company can be damaged by when supervisor-subordinate romance happen. Every company should have a policy that addresses such behaviors and prohibits these relationships. Managers should be trained on the policy and every company should ensure managers have acknowledged in writing that they have recived the training and understand the policy. If you learn of such a relationship in your company, you should take immediate steps to ensure that the reporting relationship is removed and the manager and/or subordinate is reassigned to an equivalent role.

Don’t Ignore It
If employers don’t quickly address employee comments or complaints about harassment, it can create low morale, low productivity, resentment and increased employee turnover. Most sexual harassment charges don’t reach a jury trial or even a formal hearing, but can still be an expensive experience Nearly sixty percent of sexual harassment charges investigated in 2009 by the U.S. Equal Employment Opportunity Commission were determined to have “no reasonable cause.” Yet monetary benefits awarded that year totaled more than $121 million. “If it goes to a jury trial, the average award to a plaintiff in a sexual harassment suit is $225,000 to $275,000,” says Paul Lopez, who directs the labor and employment practice at Tripp Scott law firm in Fort Lauderdale.

Your company’s employee handbook is a great place to spell out your policy on and prohibition on manager/subordinate relationships. If you do not have a current employment handbook, you may consider joining a Professional Employer Organization or PEO. A PEO will help you ensure regulatory compliance with many aspects of Human Resources subjects and will tailor a handbook to the needs of your company to minimize the risks to your company. Contact StaffMarket to learn more about how joing a PEO can improve your Human Resources practices, and financially protect and streamline your company.