The Background Check Problem and Risks for Employers

In May of 2012, the Equal Employment Opportunity Commission released guidelines for employers regarding the consideration of arrest and conviction records when make a hiring determination. With high unemployment in the United States and the increasingly large number of citizens who have had run-ins with the police, it is almost inevitable that employers will be forced to review their stance on asking about arrests and convictions during the application and hiring process.According to the National Employment Law Project one if four U.S. adults, over 65 million people, have an arrest or conviction that shows up on a standard criminal background check. The NELP report, “65 Million Need Not Apply”, released in March 2011 documents that both and large employers routinely deny employment opportunities to people with any blemish on a criminal background check in direct violation of Title VII. In 2010, RadioShack and their client Choice Point (their background check provider) were heavily fined by the EEOC. The report notes that “ChoicePoint, which accounts for an estimated 20 percent of the U.S. background check industry conducting more than 10 million annually, played an integral role in designing and implementing RadioShack’s unlawful practices. It created an online application system that automatically dismissed anyone who self-disclosed a criminal record history. ChoicePoint also conducted background checks for RadioShack that reported sealed and dismissed convictions, in violation of state law.” The increase in legal actions highlights the widespread non-compliance of employers with federal law, and the growing interest in pursuing legal actions against employers, staffing firms, and background check companies for unlawfully excluding people with criminal records from work. To avoid the wrath of the EEOC and mitigate the legal risk of discriminatory suits regarding section VII violations, all employers need to use care when using background checks for job applicants. Employers who automatically ask all applicants about arrests and then automatically deny employment to those with records will be in violation of the law and may be exposed to significant fines from the EEOC in addition to civil and class action lawsuits.National Employment Law Report NELP – 65 Million Need Not Apply

The EEOC has released Guidance on the Consideration of Arrest and Conviction Records in Employment Decisions under Title VII of the Civil Rights Act of 1964. The Enforcement Guidance defines the law all employers should use then considering how to design their hiring process to provide maximum fairness to applicants while considering the needs of employers to vet their hires. Furthermore, the guidance states that the use of arrest records (without a conviction) are NEVER grounds for denying a candidate unless the employer has investigated the conduct underlying the arrest and found that the conduct makes the applicant unfit for the position. Employers who cannot complete and document the investigation should probably not use the arrest in their consideration of the applicant. The EEOC guidance mirrors a case involving a criminal record exclusion, the Eighth Circuit in its 1975 Green v. Missouri Pacific Railroad decision, held that it was discriminatory under Title VII for an employer to “follow the policy of disqualifying for employment any applicant with a conviction for any crime other than a minor traffic offense.” The Eighth Circuit identified three factors (the “Green factors”) that were relevant to assessing whether an exclusion is job related for the position in question and consistent with business necessity:

And now on the other hand, employers who hire employees with knowable criminal backgrounds who then commit an act of workplace violence may also be exposed to litigation for negligent hiring practices. According to ISO’s Intellicorp Records unit, “In a 2008 report released by the U.S. Bureau of Labor Statistics, 13 percent of the 5,840 workplace fatalities that happened in 2006 were the result of assaults and violent acts. And a recent article released by Human Resources Management noted the average settlement of a negligent hiring lawsuit is nearly $1 million.” In the event that employment background checks were not conducted, the employers in those cases could be held liable for the incidents. Employees who harm other employees, customers, vendors create a risk of a negligent hiring lawsuit. Liability for negligent hiring can occur if an employer does not exercise reasonable care in selecting someone for a job position when the employer knew or should have known was unfit or incompetent for the job, thereby exposing third parties to an unreasonable risk of harm.

According to lawyers at Partridge Snow and Hahn, “The extent of the pre-employment investigation required to avoid liability varies based upon the level of risk to third parties the position presents. High-risk positions have historically included jobs which entail guarding the safety of others or valuables, jobs that require carrying weaponry or handling hazardous materials, and jobs that require contact with vulnerable populations, such as children. Moreover, certain jobs clearly require a specific type of investigation based upon a corresponding specific risk associated with the position; for example, positions which require driving an automobile should be accompanied by an investigation into the applicant’s driving record. Given the rise of identity theft, employers should also consider positions which expose employees to third parties’ sensitive person-al data, such as social security numbers, to be of a higher risk.” Hiring a person with a discoverable background of theft or fraud who later harms another while acting on behalf of a company, may expose the company to serious negligent hiring risk. 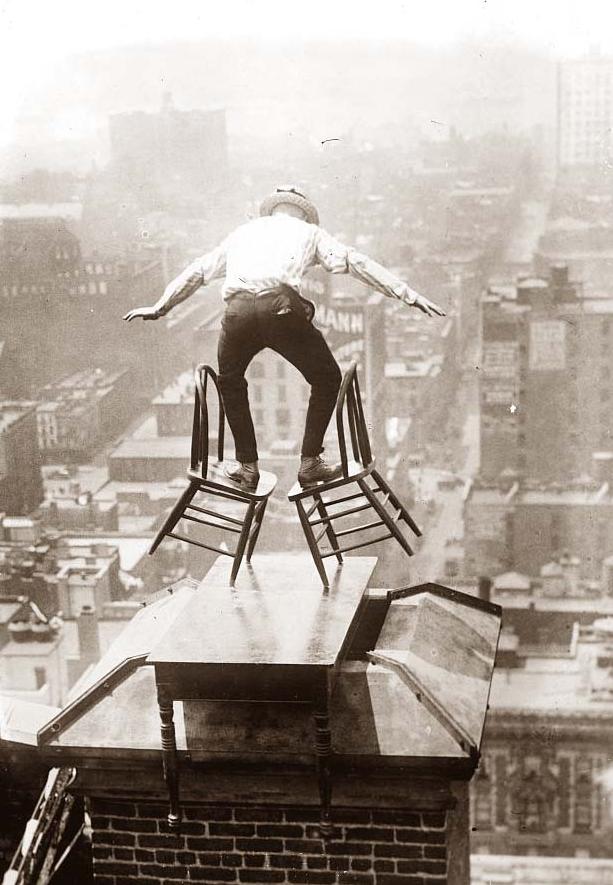 When should an employer conduct background checks?
Later is better. A conservative approach might be to only run background checks on the final candidates rather than all applicants. This may reduce potential liability.

Bottom Line: If you are considering arrest records in your hiring criteria you must be willing to investigate the circumstances to confirm the behavior and also demonstrate why it is relevant for the job position. Of course everything should be documented.

“Job Related and Business Necessity” – what does that mean?
This may be a subjective area in some circumstances but according to the EEOC guidelines three factors must be considered:

1)The nature and gravity of the offense or conduct, including the harm caused, the specific elements of the crime and whether it was a felony or a misdemeanor.
2)The time that has passed since the offence or conduct and / or the completion of the sentence.
3) The nature of the job held or sought.

How long in the past can a conviction be considered relevant?
This is an area that where the EEOC did not provide specific guidance. Various employment law specialists are advising that employers research recidivism rates for various crimes and use that information to determine access the risk. For example, if a person was convicted of a petty theft crime 20 years ago, but has since had a clean record, that person may be almost no more likely to commit a theft in the future than the population in general. Drug crime convictions in particular pose a challenge for employers. Whatever the basis used, it needs to be researched, validated and documented if being used in the hiring decision.

How do I assess the nature of the job being held or sought?
Current, accurate, documented job descriptions are the key. Job descriptions should define the essential tasks and responsibilities for each job or job classification. If you are hiring a delivery driver, a past DUI conviction may be grounds for exclusion, however if hiring a front desk clerk, a DUI may not be relevant to the job. Blanket policies for all positions may well be considered unlawful according to the EEOC guidance. If your company is currently using a PEO, contact your PEOs HR consultant and request an audit of your job descriptions to ensure they meet the needs of EEOC compliance.

Is the EEOC guidance being implemented?
Many groups have expressed concern that the guidance was detrimental to employers and congress has voted to not fund the implementation of the guidance. However prudence would dictate that the EEOC will not be letting this die and many believe that employers should amend their hiring practices now, to be ready for whatever happens. The EEOC intends to increase their enforcement and single complaint from a denied application can start an investigation. Being prepared is better than hoping you don’t get caught in an EEOC investigation. And besides, helping US citizens gain employment for positions they are capable and trustworthy of doing, well that is the right thing to do for them and for employers.

Getting Help – Partnering with a Professional Employer Organization
For many companies hiring a full time Human Resources person or staff to implement these types of governmental compliance programs is prohibitively expensive. Professional Employer Organizations (or PEOs) can provide HR expertise and ensure your company is meeting the challenges of the vast array of regulatory demands placed on employers. Hiring a PEO also may shift some of the risk discussed in this article from the hiring company to a trusted third party who knows how to maintain compliance. Many PEOs also offer EPLI (Employment Practices Liability Insurance) to their clients as a part of the overall PEO service model. This helps employers reduce their exposure toe employment related litigation. Hiring a PEO for your company keeps you focused on the important tasks. Let StaffMarket help you company find the right PEO for you.